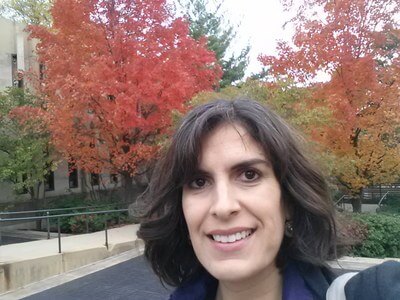 I am a scholar of 19th and early 20th century Jewish Studies and Middle Eastern history whose work is grounded in and contributes to three complementary and overlapping subfields: 1) the history of Palestine and Israel; 2) the history of the late Ottoman Empire and the making of the modern Middle East; and 3) Sephardic Jewish studies. Because I see the history of Ottoman Palestine as inextricably linked to the history of the rest of the empire and the Eastern Mediterranean (al-Mashriq), my work shifts between urban, regional, and imperial scales. Likewise, my approach to intercommunal history is deeply relational, and to that end I approach Jews, Muslims, and Christians in the same conceptual, temporal, and spatial frame.

My first book, Ottoman Brothers: Muslims, Christians, and Jews in Early-Twentieth Century Palestine, explored the impact of the 1908 Ottoman revolution on this one corner of the empire and analyzed how Palestine’s residents learned how to become imperial citizens together. Ottoman Brothers won the National Jewish Book Award in Sephardic Culture and the Yonatan Shapiro Award for Best Book in Israel Studies; the Turkish translation, Osmanlı Kardeşler, was published by Koç University Press. Since then I have published other articles dealing with Ottoman political culture, most recently placing Ottomanism in comparative perspective and examining the contradictions that a collective imperial belonging awakened for questions of ethnicity and religion at the end of empire.

I currently am completing a book on neighborhood life and intercommunal relations in 19th and early 20th century Jerusalem, for which I received funding from the National Endowment for the Humanities. Drawing on the rich Ottoman census ledgers as well as extensive communal, legal, municipal, and imperial archives, this book project examines the impact of migration, urban expansion, and growing sectarianism on the urban landscape. I have published several scholarly articles related to this project as well as a nonacademic piece on segregation in contemporary Jerusalem.

My work on Sephardic Jewish history has been an integral component of both of my book projects. In addition, I have published scholarly articles and book chapters reassessing the development of the field, examining the intersection of Sephardi Zionism and Ottomanism, tracing the work of a Maghrebi intellectual in Ottoman and mandatory Palestine, and analyzing Sephardi-Maghrebi perspectives on violence in interwar Palestine. Currently I am completing two articles on Sephardi conceptions of Mediterranean and Middle Eastern urban spaces and on multilingualism and cosmopolitanism in the Ottoman Sephardi world. My next book project will place Sephardic Jewish history, religious law, and the culture of modernity in comparative regional perspective.

Finally, over the last decade I have delved into exciting frontier of the digital humanities, particularly mapping and social networks, which I incorporate into my research and teaching.