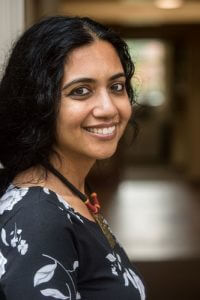 I am a historian of medieval and early modern South Asia (c. 1200-1800) and the Indian Ocean world. My research focuses on social and cultural histories of Muslim communities in Gujarat and the western Indian Ocean. My first book reconstructs the literary, social and historical world of Sufi preceptors, disciples and descendants who shaped the textual articulations of the Muslim past and of the region of Gujarat from the fifteenth to the seventeenth century. Employing new and rarely used literary material in Persian and Arabic, Narrative Pasts departs from the narrow state-centered visions of the Muslim past and integrates Gujarat’s sultanate and Mughal past to the larger socio-cultural histories of Islamic South Asia.