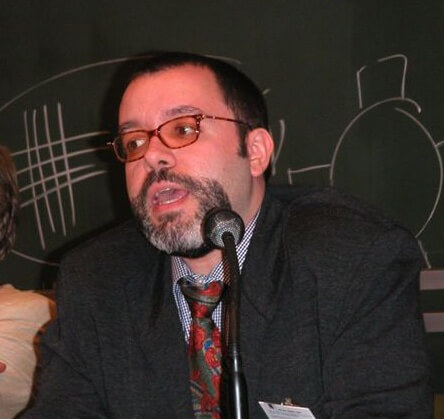 Dr. Rubio is an Assyriologist whose work focuses on the languages (Sumerian and Akkadian) and civilization of Ancient Mesopotamia. His research and publications deal with Sumerian grammar and literature, early Semitic languages and comparative Semitics, the cuneiform writing system, Mesopotamian history, and various aspects of Ancient Near Eastern cultures, from Anatolia to Mesopotamia and Iran.

In 2012-13, Dr. Rubio was awarded a fellowship from the National Endowment for the Humanities for his project on Early Dynastic literary and ritual texts from Ebla and Mesopotamia. In 2015, he delivered the Rostovtzeff Lecture Series at the Institute for the Study of the Ancient World (ISAW), in New York University, on “Sumer in the Mesopotamian World.” A book based on these lectures will be published by Princeton University Press. Dr. Rubio also continues work on his edition and study of the Sumerian literary corpus from the period of the Third Dynasty of Ur, a corpus that was already the subject of his Ph.D. dissertation. He is currently coediting three collective volumes on Mesopotamian culture, economy, and society, to be published by De Gruyter.

At Penn State, Dr. Rubio regularly teaches courses on Ancient Near Eastern languages (Sumerian, Akkadian, Hittite), as well as on the history, cultures, religions, and literatures of the Ancient Mediterranean, including comparative and cross-cultural seminars on early writing systems, ancient law and economy, early state formation, and language history.